Between 2005 and 2010, we had a 51% increase in enrolled students (learn more), and in the Fall 2012, we had a record enrollment of 1,949 students. Our campus community has grown significantly in the last decade, and this growth causes increased demand on our resources. UNTHSC is taking a proactive approach to efficiently using water on campus.   See below for ways in which we are managing water used on campus. 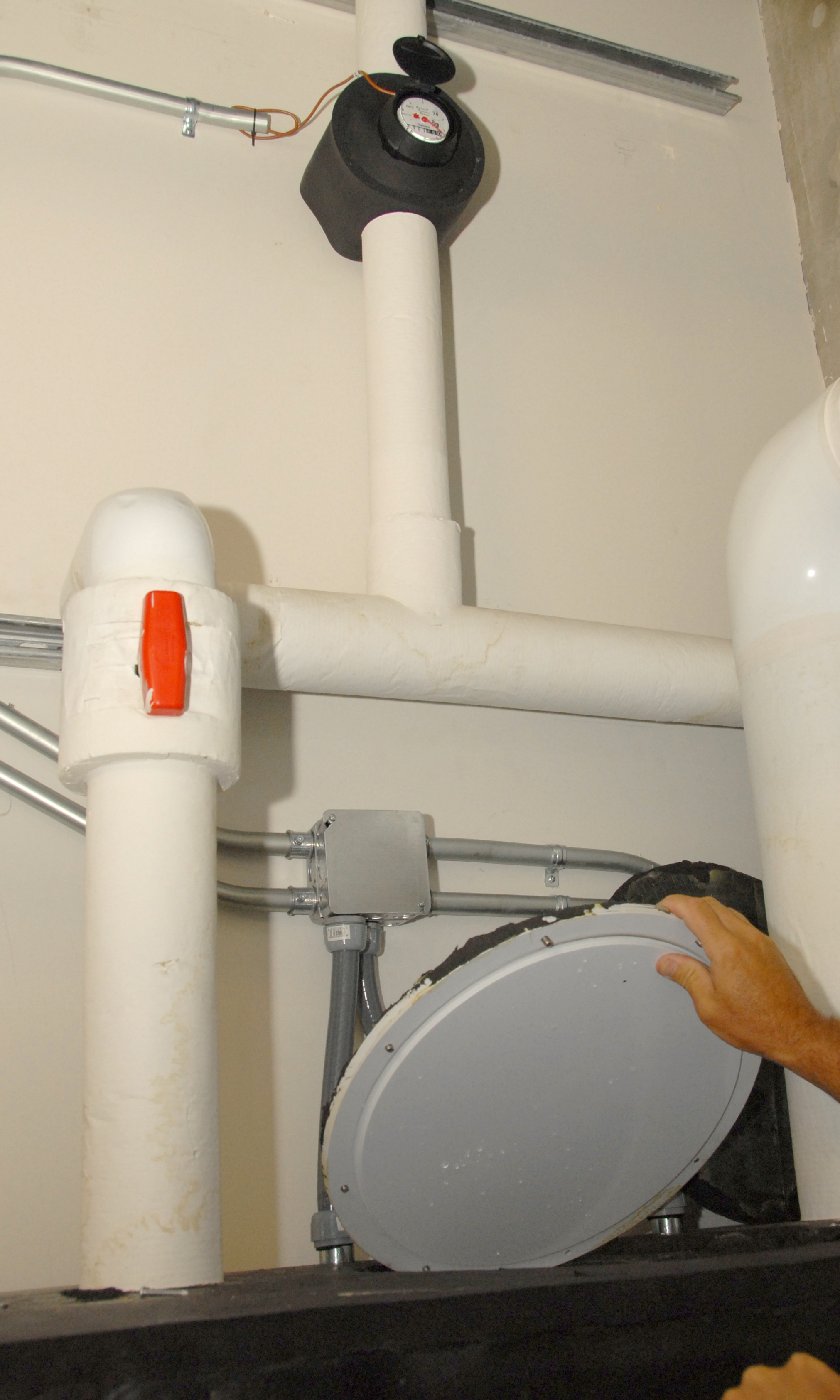 Low-flow fixtures use less water than standard fixtures. In fact, the Energy Policy Act (EPA) of 1992 mandated that toilets use no more than 1.6 gallons of water per flush. UNTHSC installs low-flow fixtures throughout campus that conserve water even below the EPA standards. For example, the MET building has 0.6 gallon per flush (gpf) toilets and 0.28 gpf urinals, and the CBH has 1 gpf toilets and 0.5 gpf urinals.

In addition to our internal efforts to reduce water consumption, the Energy Savings Performance Contract (see Energy Efficiency), was estimated to reduce our water use by 6% or 1.9 million gallons.

The CBH building on campus utilizes an HVAC mechanical system that incorporates four 60,000 cfm air handling units and a cooling capacity of 1750 tons.  Until early 2012, the condensate from these units would drain into the sewer.  Facilities Management installed an air handling unit (AHU) condensate catch tank and pumping system in order to reuse the water.  The condensate from the air handling units is collected and then pumped in the cooling towers, thus lowering the need for city makeup water. The tank was brought online on May 5, 2012, and as of September has collected and returned 608,500 gallons, approximately 100,000 gallons per month. The system is monitored and metered through the existing Building Management System and a local meter.

Water leaks can waste huge amounts of water over time. Please report any leaks or issues to Facilities Management at 817-735-2181.